Beyond my research and teaching agenda, I have also engaged in other—often more collaborative—digital projects. For the past five years, I have worked with Digital Humanities projects centering on building DH infrastructure through grant-making and building communities of practice. It started when I took on the role of Director of HASTAC Scholars between 2014–18. Scholars is a student-driven interdisciplinary community of innovative graduate and undergraduate students who rethink the way we teach and learn in the digital age: hastac.org/scholars. Over 600 graduate students were part of the program during my tenure. 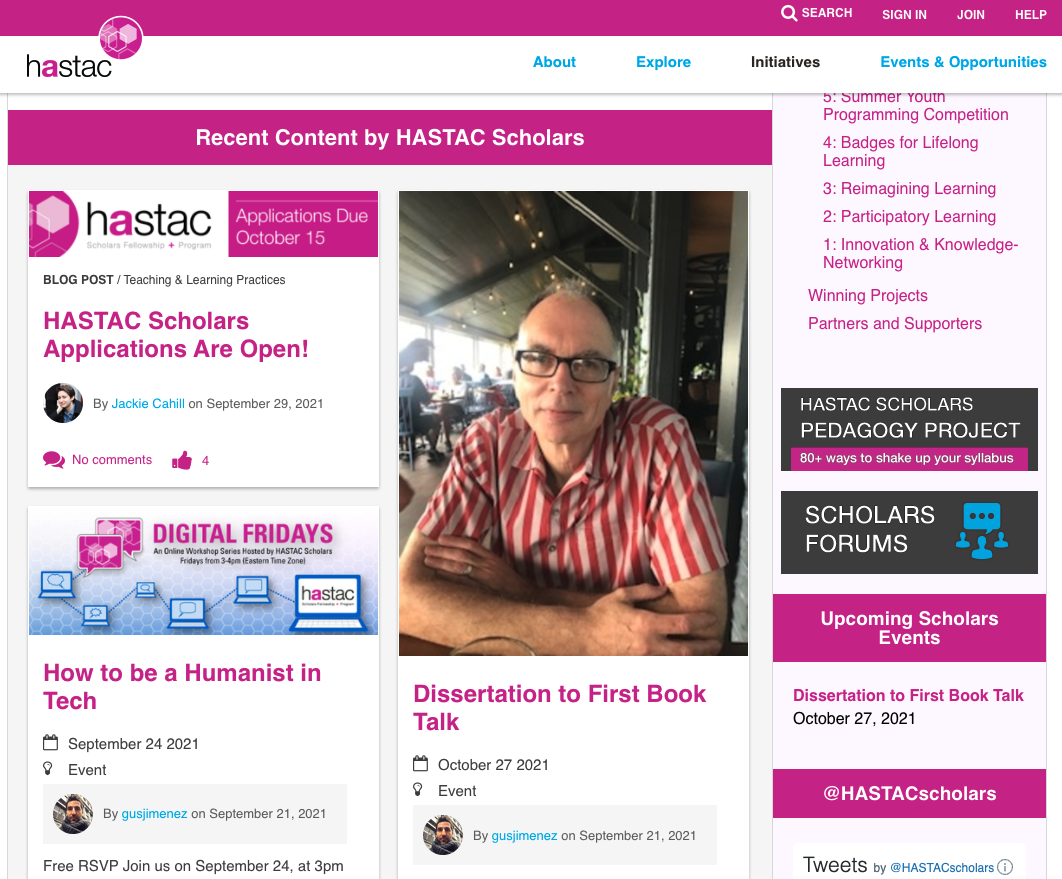 One of the lasting effects of my role in the program is its current two-year structure, which I developed to facilitate peer-mentoring between two concurrent cohorts. However, I am most proud of creating the Scholars Slack team, which quickly became a central architectural node for meeting and exchanging information, building networks, and community across the country: hastacscholars.slack.com.

Another point of pride in my work at Scholars was “The Pedagogy Project,” created in 2014. It remains a living archive of digital or collaborative assignments, in-class exercises, and other projects that educators can use to “shake up” their syllabi. I was a co-editor and responsible for setting up the part of the Drupal website that is still available open-access at hastac.org/pedagogy-project. 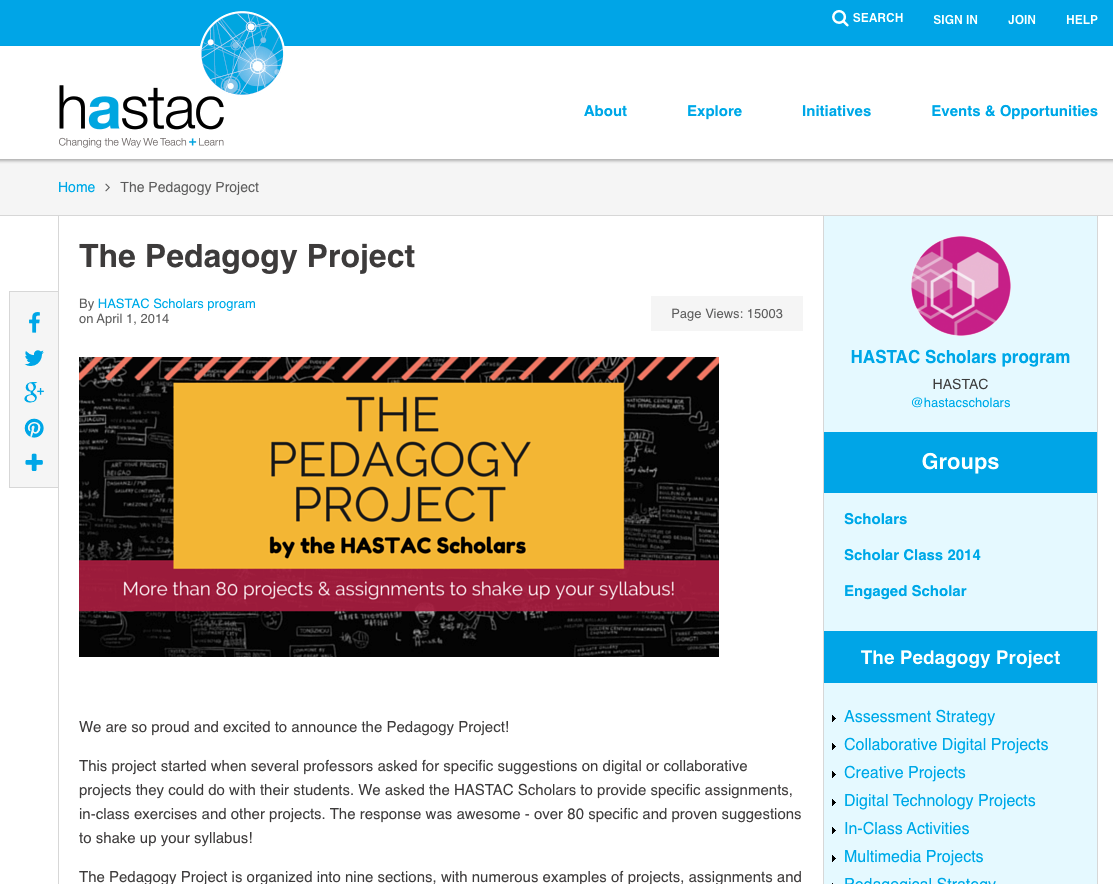 During my tenure at Scholars, I also wrote many blog posts, some of which garnered interest. After organizing the first Scholars Unconference in 2015, I summarized the tools we had discussed in the “DH Toolbox” blog post, which was referenced by several libraries, universities, and archives around the country (USC, Dartmouth, SMU, Tulane, Princeton, British Film Institute), see hastac.org/blogs/kallewesterling/2015/05/27/dh-toolbox.